Play the game at our Project page, here: Color Quest

You play as Pigment, a black and white pixel on a quest to become a color pixel by collecting color diodes. You race through a forever-scrolling grayscale obstacle course, changing between the RGB colors you collect to survive. For example, changing to a blue pixel will allow you to slow down time and move with better reflexes. Traverse as much of the world as possible, while absorbing as much color as you can. Use absorbed colors to purchase upgrades in order to help Pigment achieve his colorful form. 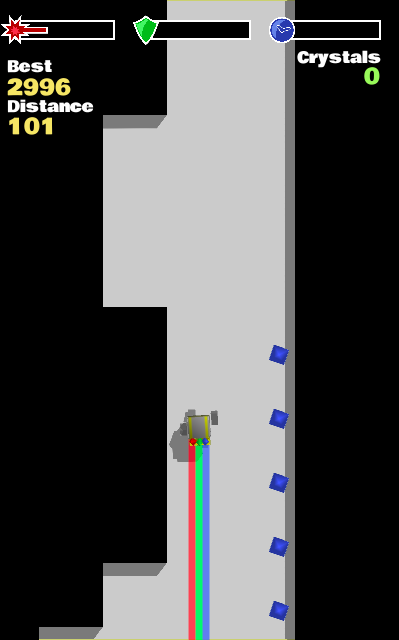 We try to use open source software whenever possible. These are the tools we used to make this game.

Our final sounds were all made using a fantastic tool called cfxr, a Mac port of DrPetter's sfxr.

The following sounds are or were at one point in our source code and may be used in the final cut. Thanks to everyone that made their sounds available.

The following music is or was at one point in our source code and may be used in the final cut.

Here are some instructions on how to load the source and run the game using Unity 3d.

If you leave a message for the first time on this site, the audit will need to display the contents!